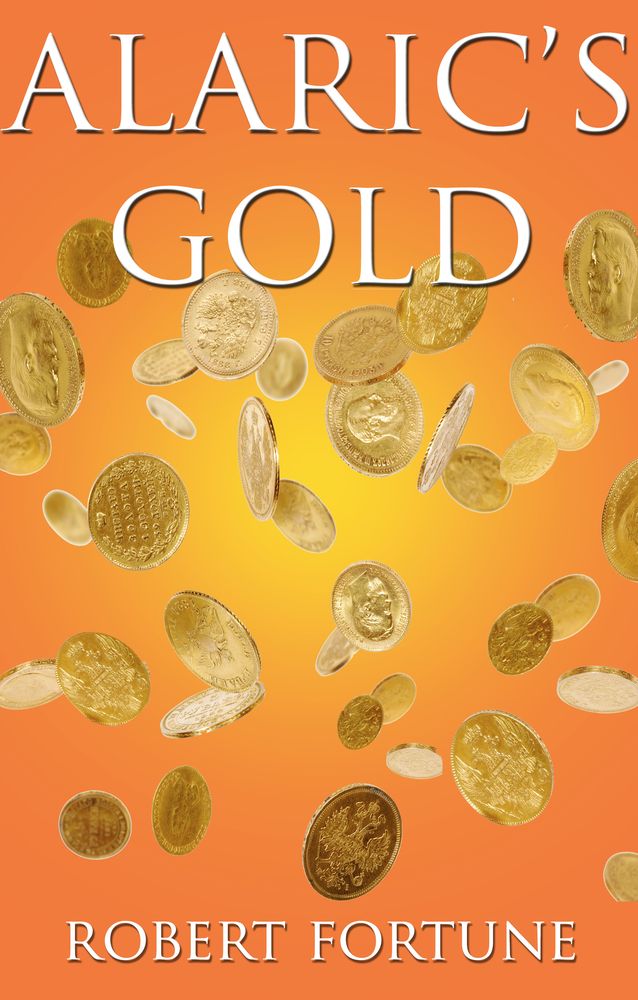 Does a river bed in southern Italy still conceal a priceless hoard of Roman treasure that was buried in the grave of Alaric the Goth just months after his warlike hordes had sacked Rome in 410 AD? Set in modern day Italy, this is the light-hearted story about the recovery of that treasure.
The cast includes a roguish Prime Minister, his favourite escort girl, dissolute diplomats, corrupt police officers and the mafia, while the action involves a helicopter jail break, kidnappings, a shoot-out with the mafia, and the discovery of a hoard of riches from the ancient world.
On one level this is a light and amusing tale set in the present day, but on another level it draws on genuine historical records to point the way to one of the richest graves in antiquity – a grave that had been constructed in a river bed after its waters had been diverted ‘by the labour of a captive multitude’, a grave containing ‘the splendid spoils and trophies of Rome’; one whose secrecy was assured by the ‘inhuman massacre of the prisoners who had been employed to execute the work’ – and one about which the world appears largely to have forgotten.
Quotes are taken from Edward Gibbon, Decline and Fall of the Roman Empire (Penguin Classics: June 2000)

Available from the following retailers